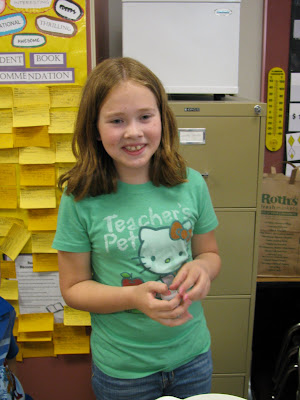 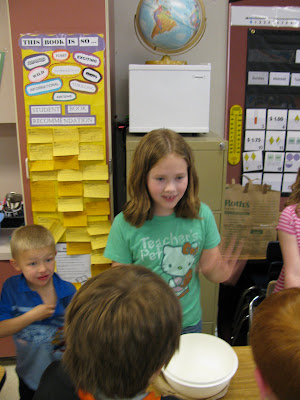 can soap cause movement? do you have a prediction? well let's find out! these were all parts of the third grade science speech that every third grader had to do this year. everyone was allowed to pick their own experiments and no suprise to me, sydnie chose the one involving some bling! she had to prove that by adding a little dish soap to some water and glitter, that it would cause the glitter to rapidly move by breaking the surface tension. she did a fantastic job on science fair night! each child had drawn their own poster and and set up their station and were expected to give their speech to anyone who wanted to listen. she knew exactly what to say, she had a smile on her face and she was confident in giving her speech. overall it was a smashing success!