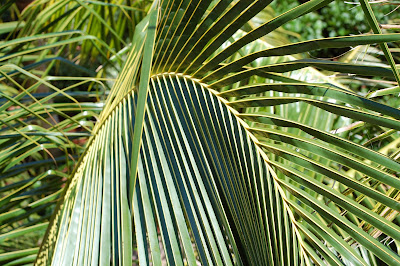 thad and i took a red-eye in to florida on tuesday night, so that we could spend most of wednesday on the island and in the sun! i had never taken a red-eye and it was interesting. i was able to sleep a little and i watched a free movie! i will say this, that people on the east coast are not true starbucks fans...we had to hunt to find the little green logo at each and every airport!

we arrived in fort meyers early in the morning, found a starbucks and a target and then headed out to the island. the island was more commercial than i had thought and every inch was covered with houses or stores, but the beach was amazing. we checked our bags at the hotel and headed down for some lunch at Quinn's (the restaurant on the beach). It was amazing and hot and had a beautiful view. I ordered us some coconut shrimp and a fruit platter.........yummo!! thad had never had coconut shrimp before and he became a fan that day. now let's talk about the pool.... 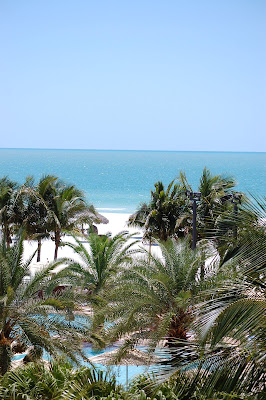 (view from our terrace)

i love it when someone will serve you at your chair while you sit by the water and soak up the sun. life cannot get any better than that. i love the little flags that you raise to signal your server that you desire some service (thad would have killed me had i taken a shot of the flags..he he). it was heaven! marred only by the fact that we had to gather on the terrace for a cocktail hour with work compadres (not that it was terrible being with them, it was terrible leaving the relaxed state that you reach while by said pool, being served by a waiter).

Thad ended up having a meeting after the gathering and i headed up to our room after a very long 24 hours and settled in to watch some lost (i know i am on an island, but i was exhausted from the travel). when we arrived at the hotel we noticed several signs alerting us to the fact that it was turtle season and we would need to black out our windows at night and that the resort turned off all lights outside so that the turtle babies would head out to the gulf, rather than up to the hotel. we had a message on our phone each night telling us the same thing....kind of funny. next day two!