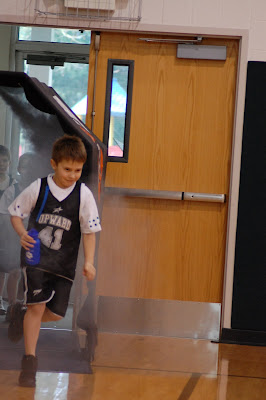 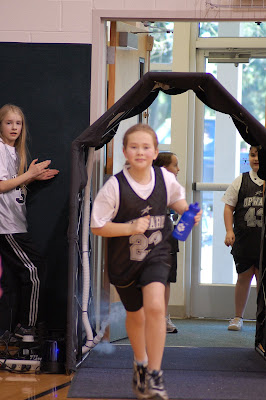 we are 4 games in and it has been a great season so far. both of the kids are absolutely loving it and sydnie is really become a good basketball player. Syd's team has not won a game so far, but they are trying really hard. Syd has come a long way in the 3 years she has played. She is more aggressive now and even has stolen the ball a couple of times. She has yet to make a shot this season, but it is not from lack of trying. She can make them when no one else is around her, because she has time to set up the shot and get her form just right. She is playing against 4th graders this year too and that has made a bit of a difference. Some of those girls are super tall.
Noah is just his happy go lucky self out on the court. It has caused me some stress, because when he will walk over to me while he is on the court and start talking to me about building legos when he is suppose to be playing! But if you ask him, he loves basketball so I cannot ask for more right now. He is happy and enjoying it. Although this week he finally was discouraged and said that no one will pass him the ball when he is wide open. We talked about the fact that he had to show the boys he was ready to play and would actually catch the ball when they passed it to him rather than duck away from it.
we are thankful for upward basketball and the positive reinforcement that each child receives for their efforts, no matter how big or small!