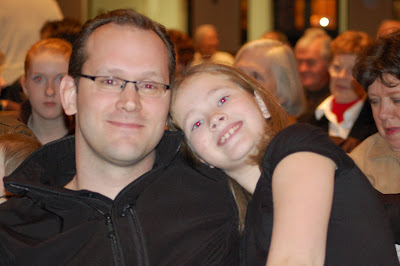 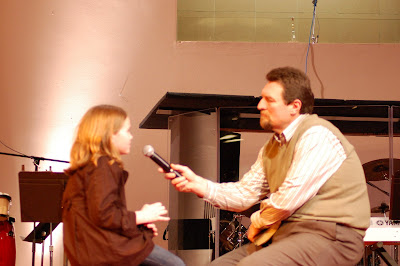 The Interview - so mature and really well spoken, although I was
totally nervous about what was going to come out of her mouth. 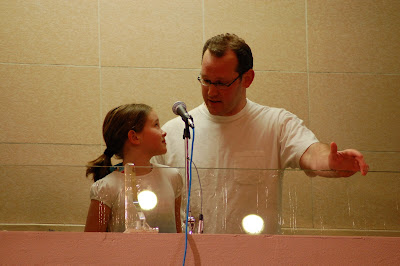 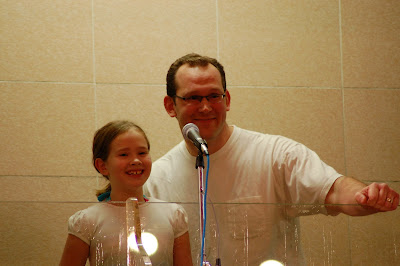 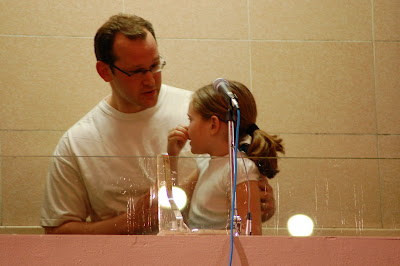 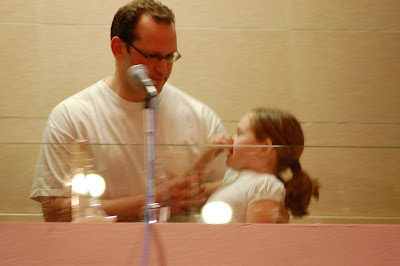 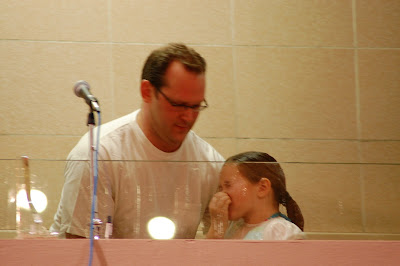 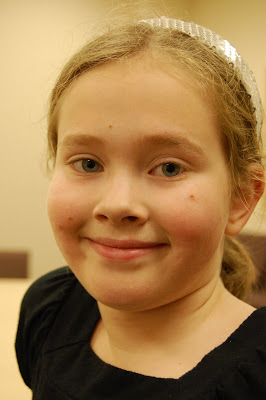 This was an amazing night for dad and daughter. They both were flying higher than a kite and have not stopped talking about it, even today. We had talked to sydnie about baptism off and on for about a year, but we wanted to make sure that she fully understood and was ready to do it on her own. So she took the class with our children's ministry leader and then we waited. We were trying to find a time that my brother would be able to attend, since he is a youth pastor it is hard for him to find someone to fill in for him and he needed to have enough notice. We finally set the date, called my brother and of course as luck would have it, he also had a baptism scheduled for that evening at his church (but no kids to baptize). So we went ahead with the date. Thad was told that he could actually baptize sydnie and that just made the whole experience that much more special. She was so mature and really handled herself well on stage. It can be nerve racking to be in front of an audience and she knew that so she told the pastor that she wanted to speak to him only....no looking at the crowd. Both thad and syd were smiling so hard before and after the dunk. so cute. afterwards she told me that when she was in the water that she wanted to stay in and swim around for awhile. lol. (my little mermaid) It was a night celebrated by family and friends and afterwards we had dessert and sydnie opened a couple of presents from her grandma's and grandpa's.
Truly something that will be remembered all of her life!