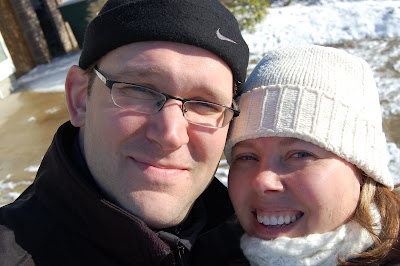 my baby and me 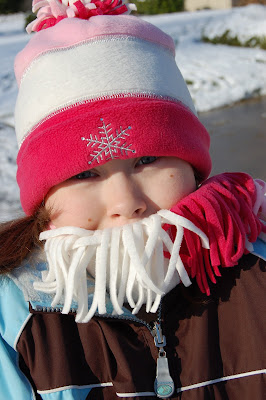 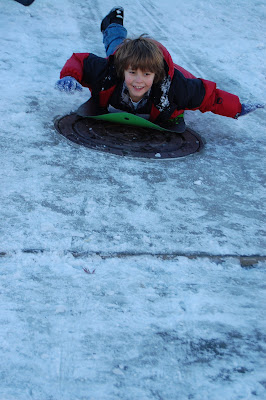 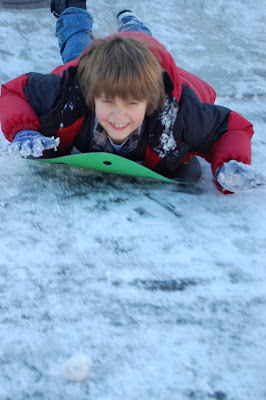 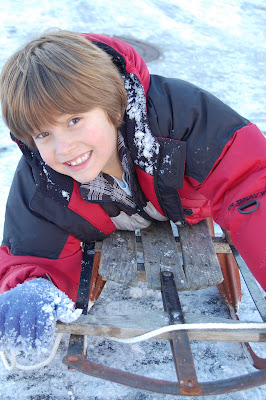 i love this shot 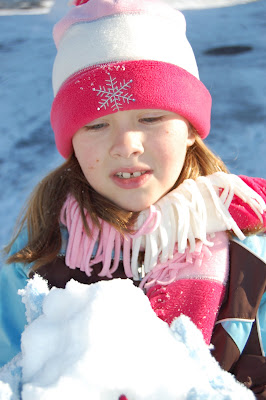 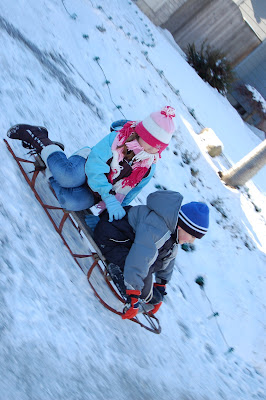 sledding with the boys 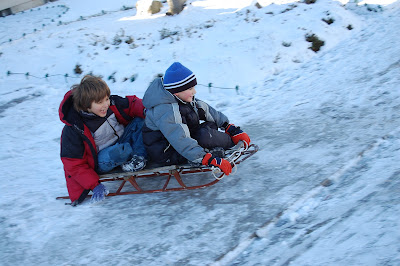 first run across the ice road 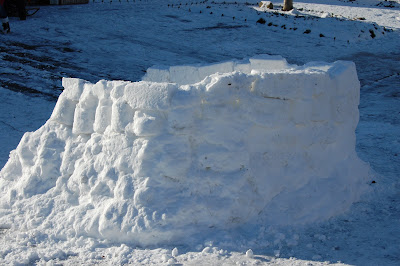 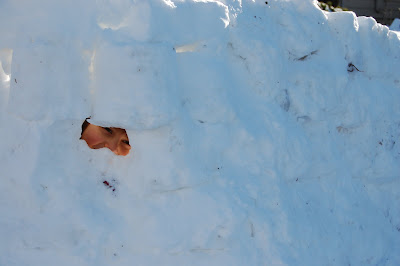 it even has a peephole to check for snowball enemies 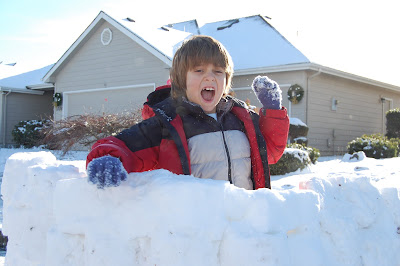 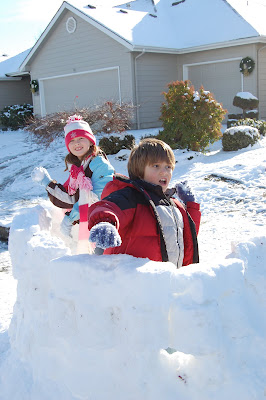 two against one
It does not snow here very often, so when it does we are outside and ready to play. Sunday morning when it was coming down, the kids ran outside in their pj's to catch some of the white stuff. Then finally about 5pm it started really coming down, so we bundled up and headed outside to play. The kids were shoveling all the snow into a little hill and someone decided to build it into a fort. They spent hours working on it and it turned out really good. This morning my kids woke up and ran to the playroom window to check on their fort, it was still there. So we bundled up and went outside again. I will admit that we are not really prepared for this, we don't have waterproof gloves, ski pants or sleds, but when you are a kid I guess it really does not matter. The road was completely icy, which made for good sledding between the neighbors driveway and ours!! it was hilarious to watch how far they could go. Noah had not been on a sled for several years, so it was like the first time for him. He loved it. Syd rode once and was done, but she still was not feeling great. She was more interested in how the sun glimmered off the snow like a hundred little diamonds. She is a girl! It was been so nice to have snow around for longer than 2 hours! Hopefully we get some more as the week goes on, although I really had some stuff to get done this week and if they don't have school it could be interesting.

Those are some GREAT pictures!! Looks like you had a ton of fun! I love the fort!!! :) Good work Gould family!