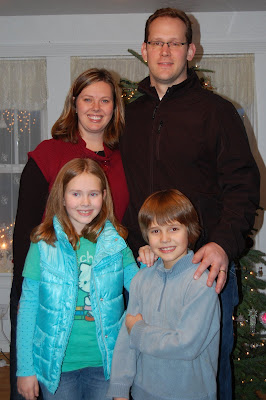 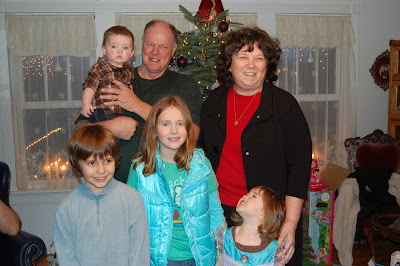 This Christmas was really fun for me to watch my niece and my kids interact together and watch their excitement and joy as they opened gifts and played together. Of course it is always nice to hold a cute little baby too and my nephew gave me that opportunity. Some of the highlights of the day were all about the funny things kids say and do. 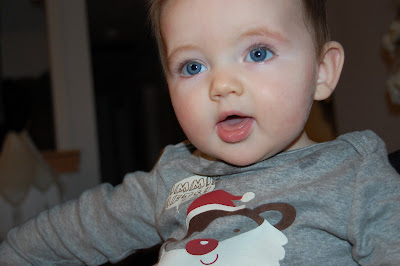 he is just the cutest thing ever! look at those baby blues

As we sat down to open our stockings, Ryen opens the first gift and it turns out to be a mario remote control car, she looks at it and turns to noah and says: "this is for you noah, not for me!" She totally understood that mario is something her boy cousin is into and that the car could not be for her, a total princess loving 3 year old girl. But then my kids opened up their cars and they all put batteries in them and she ended up loving racing her little car around.

Noah is so intense when it comes to present unwrapping. He was able to contain his excitement this year and wait patiently for his turn. As we took turns between the four little kids opening stockings, Noah's turn finally came. He opened the gift with such enthusiasm, holds it straight up in the air and exclaims "SWEET!!!!" All of the adults stop and stare for just a minute and realize that maybe santa got the stockings mixed up, because in his hand he is holding a DS Purse carry case! It did not even phase him, he said "yeah, I knew it was a purse, but I just thought it would be great for my DS" In all of his excitement, it was truly just about getting something new, no matter what it was. Oh to be 7 again.

Sydnie, my almost 9 year old, was opening her present from santa when what to her wondering eye did appear, a white samoyed webkinz for her!!! The subsequent fall down and start screaming was the best joy to a mothers heart. She has wanted that webkinz for a very long, long time. 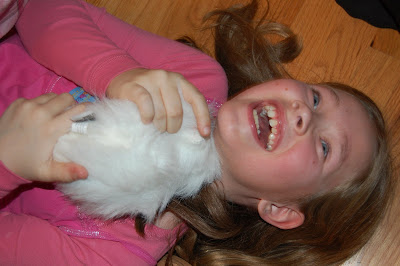 Back to another Ryen story, because well she is three and three year olds are the best. So last year after Christmas I did my usual target clearance toy shopping and found the motherload of all Christmas presents for my niece! The Barbie Princess Throne, complete with musical throne, dress, jewels and a mirror to look at yourself. I snatched it up and held onto this thing for a whole year, but it was worth every storage inch. The box was as tall as she was and she was just excited to open something so big. But once she ripped into the wrapping paper and saw pink (her favorite color, of course) and the throne, she threw her hand to her mouth and exclaims loudly for everyone to hear............"OH.....MY......GOSH!!!!!!" I am fairly certain there was even a little princess dance in there, not her usual shake your booty dance, but twirling and clapping. Of course a present this good could not wait to be opened, so we all stopped and watched as the magic of the throne (lol) unfolded. She instantly put on the dress, found the jewelry and bedecked herself as only a three year old princess can. While daddy put together the chair, she anxiously awaited her chance to sit and be queen. Finally she was able to sit her tooshie down on the beautifully pink velvet padded seat and she was complete. Until she found the hand mirror that was in the arm of the chair, as she picked it up to look at herself she knew her princess destiny was complete. I have to say that the mirror was the best part, she would whip that mirror up to her face and look at herself....she even got it out when she had her new dora skates and knee pads on and would hold the mirror up to her knee pads and just stare at them. It was the cutest thing ever! 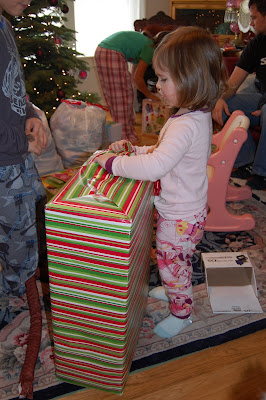 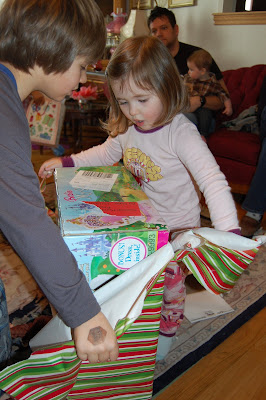 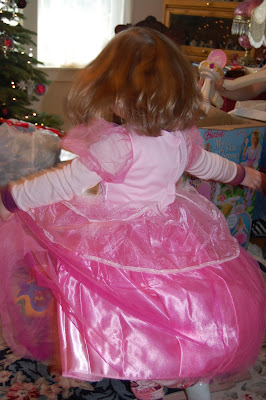 the twirly dance of a princess 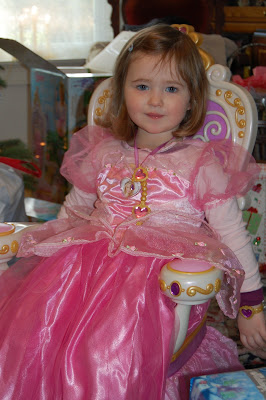 the queen of all things

The other stand out moment came when we gave my mom a pix blanket that we had ordered from Costco. It had a pix of all four grandkids on it, larger than life and we knew that once she saw it she would cry!!! And we were right. As Jenn and I sat in front of her with our cameras at ready, my dad realized he should get his out too even though he did not know what she was opening. We yelled at kids to move out of the way....lol.....serious crying will occur and we need photos of it!!!! Oh the Memories! 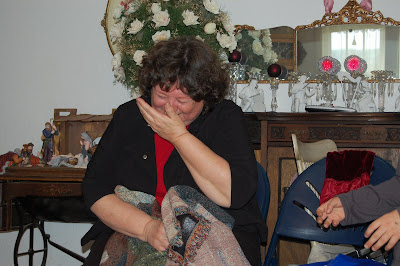 the shot i was dying to get 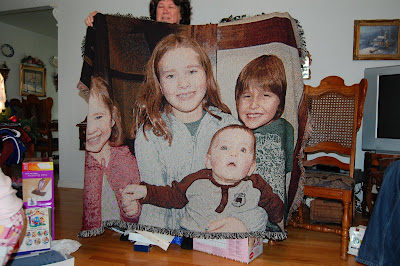 the object of her breakdown
Needlesss to say it was an excellent Christmas with my family. Just being together and hanging out watching the kids. My kids are almost to the age where it is still fun to open, but they don't express it the way little kids do. When noah opened his huge, gigantic nerf N-strike gun with 100 bullets, he did not even react.........and I know he wanted that gun. Of course once we got home he has played with it non-stop and my house is littered with bullets. 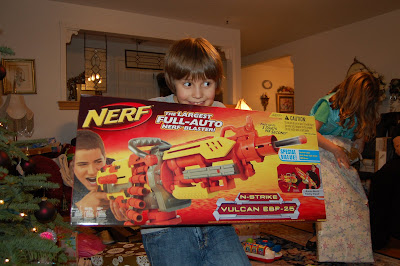 it really was a great christmas, memories and time together.

Looks like everyone had tons of fun and really enjoyed each other's company! Good memories!