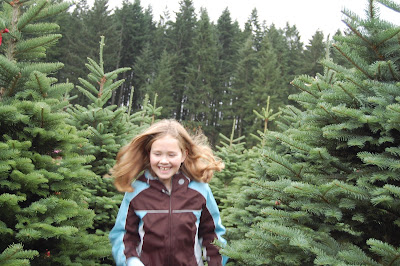 Does this look like a girl with pnuemonia? this was taken on saturday, today is wednesday. Syd went home with a friend yesterday and I had just walked in the door when the mom called and said sydnie was not feeling well. So I ran over and picked her up and we spent the evening hanging out in our pajamas watching some tv and drinking some tylenol. But last night she was awake for 3 hours, said her chest hurt and she had a minor cough. When she woke up this morning I thought I had better take her in just to have it checked out, because last time she did this it was pneumonia and sure enough it is.

We visited the doctors office and they decided to draw some blood and poor Syd almost passed out. She sat there so good, but once the draw was over she lost all of her color and started shaking. So the nurse and I held her up and then transported her to a wheelchair and then into a room to lay down for a while. Once she started responding better we drove to the hospital, by the way did you know that they have valet parking there??? That was a huge Godsend because I could not figure out how to park the car and walk about 10 blocks carrying her. But I just rolled right up to the front door, found a wheelchair, valet took my keys and we went straight to admitting. By the time we got out of xray she was feeling a little better, but then we had to wait around for the results and her doctor to call. She fell asleep in my arms at one point, poor thing barely fits on my lap anymore. I had just spoken to imaging admit nurse to tell her that we were going to leave and I would call the doctor on the way home when he called for us. I needed to make sure that they were not going to admit us like the last time. But we were told to go home and start antibiotics.

So off to Target to get her meds and par for the course the pharmacy was closed when we got there! So we waited about 4 minutes for them to open and then found out that the doctors office had not called in the meds!!! By this time she is exhausted and ready to go lie down, so we ended up leaving and coming home with no meds to start, but tonight she actually ate something and has a little color in her face right now. It has just been a whirlwind day and hopefully she sleeps better tonight and can get some rest and recover quicker.

Poor Syd! That sounds terrible! I do agree that they valet at the Hospital is fantastic! We have there a ton in the last few months with Kenny and it has been a wonderful Godsend for us too! I asked the last nurse if it was going to be gone when the new building opened up and she was not sure but knew that MANY people are pushing for it to stay! so we will see!

I pray that Sydney is feeling better VERY soon!

Oh, I'm so sorry! We went through that last year, and it is awful. I'm glad she wasn't admitted. I'll be praying for her!

Oh, and the valet parking will stay, but once the new building opens they are going to start charging for it.