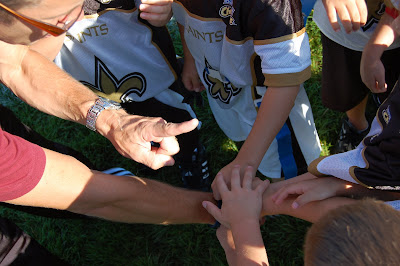 coach erik, reminding them who is #1 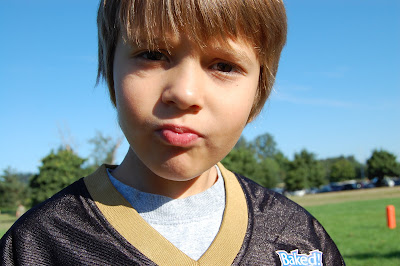 love the jersey's they got yesterday! 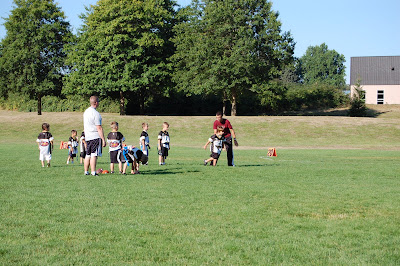 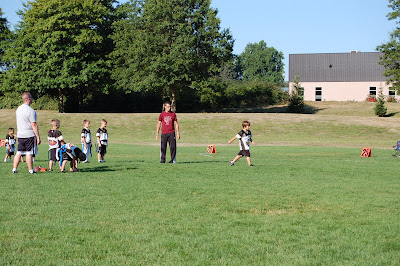 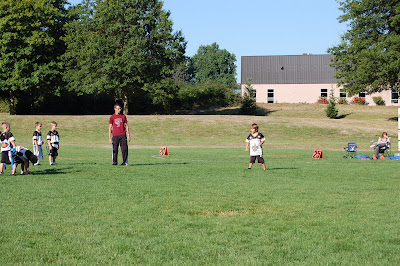 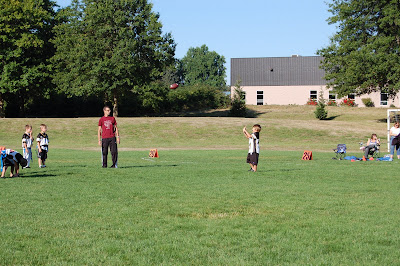 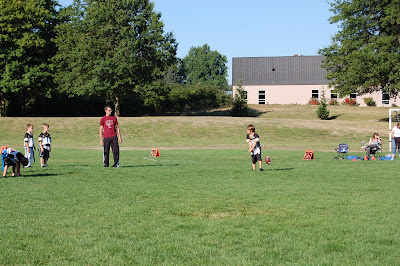 Yesterday was noah's first scrimmage game for flag football and it was super cool. I love football! I am sooooo pumped that I was able to talk him into playing this year, he on the other hand is just along for the ride. I know that he is young, but he is not a sports kid. Maybe he will grow into it. He truly is more excited by bmx, mountain biking and video gaming (maybe he will follow in his uncle's footsteps).

I gave the coachs' permission to give him some football discipline's. It worked out okay. Noah is such a space cadet during practice, but during the game he tried a little harder. He did not understand the linebacker position, but he sure knew how to run after a flag! He got one flag yesterday and was pretty proud of himself.

All in all it was a great morning, sun shining, smell of fresh cut grass and a little coffee! Good stuff. Except that I forgot my good lens, so you have to put on your magnifying glasses to find noah in the pix above!! ha ha.