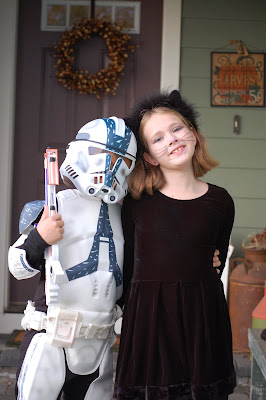 the clone trooper and the kitty 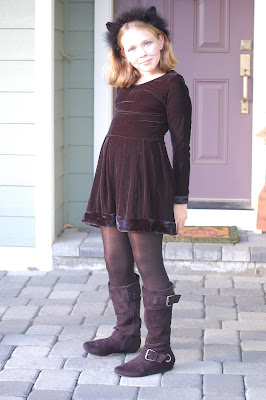 this is her third year as a cat...at least the boots spiced it up a bit! 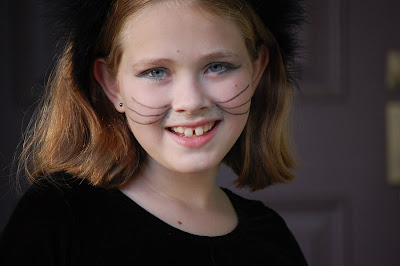 she was so excited to put makeup on! 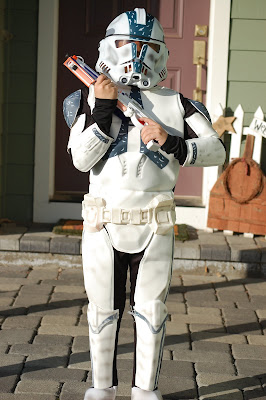 this is his 4 year year as a star wars person! 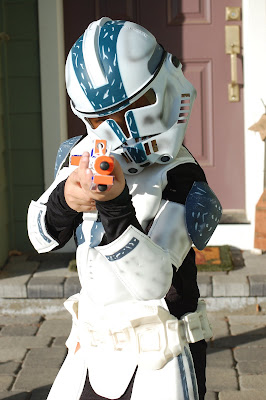 another year, more candy and fun costumes! this year was a mellow year for us, since we had just been sick the rest of the gang......ryen and luke, grandma and grandpa decided to stay home and not get sick. so it was just the four of us! it was nice.

as we do every year, the candy fairy visited us again. luckily i remembered at 8pm that i had to go buy some CF gifts! so while the kids sorted their candy, i ran up to target and bought some small gifts for the fairy to exchange for candy!

it amazes me that they are getting so old and they still look forward to the fairy coming! i am pretty sure that they know by now, but they enjoy it still!