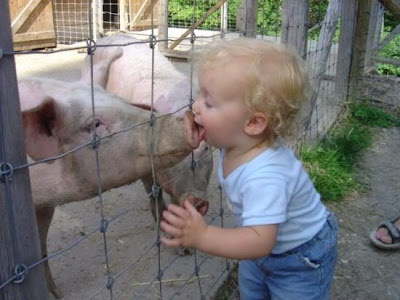 has arrived out our house! it has been an interesting week. one full of flu facts, doctors that contradicted each other and lots and lots of clorox wipes!

noah started showing signs last saturday and by sunday he was into a low grade temp with lots and lots of coughing. we finally ended up calling in to the peds clinic because of his asthma and of course they told us to go to an er.........needless to say, i did not want/need to do that!!! but we did take him in to be seen on monday morning, just to make sure that it had not hit his lungs. and all was well. he was started on a new inhaler and it really helped a lot.

he pretty much stayed low grade fever for 3 days and then was fine, except for the coughing. we decided to brave school for a day......we made it four hours! by that evening his coughing was worse, so we went back into the clinic and again all was well.

i will say that the most frustrating part for me was the mis-information given to me by the doctors. our normal doctor told us it was a virus, not swine flu. that there were lots of other things going around out there. the next doctor told us it was the swine flu, nothing else going around! i asked why the first doctor told me what he did and was informed that due to hysteria some doctors were trying to minimize the information being told! hmmmmmmm????? i appreciated being told the truth, no matter what. it made me more secure in knowing what we were dealing with and which symptoms to look for next.

in the end........it truly was not as bad as i expected it to be. we were lucky.
i think we have all had it and we all survived!

Glad you all made it through. I called our dr. to ask a question about Ryan's cough (just a cold) and since he also has asthma, we were told to go to the ER! We didn't go--we knew it was just a cold! Frustrating doctors!
Great Halloween pics!